Black, Divorced & Virtuous: Why am I RIGHT HERE?

Black, Divorced & Virtuous: Why am I RIGHT HERE?: "Confession: I should be at a party right now. It is a fab party for a great friend. Instead I am at home blogging. There is absolutely no re..."
Posted by ETowns at 10:40 PM No comments: Links to this post

Why am I RIGHT HERE?

Confession: I should be at a party right now. It is a fab party for a great friend. Instead I am at home blogging. There is absolutely no reason why I cannot be at the party, outside of my kids are home. That is actually an excuse. My niece is right around the corner and would be here in a jiffy with her kids to sit.

The party started 24 minutes ago. My mind is telling me that I need to 'man up', get dressed, and go engage with people of my own ilk. Self motivators, entrepreneurs, artsy type people. People I admire and love even. My body is telling me 'man down, man down on aisle 10'. There is something intrinsically wrong with this picture. I should be putting the last touches on my make-up, jingling my jewelry, singing a song that makes me feel pretty. Look at me now, I'm fresha than a....

So, why am I still here? Why have I not jumped into my cute blue dress, and put on my sexy blue glittery eye shadow, and driven myself to the venue? Why don't I get a move on? What is broken in me? Am I past parties or am I stuck? Is there a rescue Ranger for me?

I need  help. My divorced social life sucks, and I am partially to blame. I am lame. I could be on the dance floor, instead I am pondering taking a pain pill and going to the bedroom. Yes, I am virtuous, but I need a reason to challenge my virtue.

I have time yet. Only 35 minutes into the party. Maybe I can get off my hump and go do the bump. See, that was lame too! Help! I am divorced and disastrous!
Posted by ETowns at 10:38 PM 1 comment: Links to this post

Black, Divorced & Virtuous: Lies, Myths, and other Good Intentions: "'I'm coming to get the kids for the weekend.' Okay, I say to my ex-husband with very little enthusiasm. While there is no conversation neces..."
Posted by ETowns at 10:08 AM No comments: Links to this post

Lies, Myths, and other Good Intentions

"I'm coming to get the kids for the weekend." Okay, I say to my ex-husband with very little enthusiasm. While there is no conversation necessary between myself and the ex husband, I will let you in on the reason for the disbelief in my responses.

Part of divorced parenting is working out a visitation schedule that allows both parents to be a valued and valid part of the children's lives. In our case, that schedule works in accordance to our children and their needs, plus extracurricular schedules. Factor in the teenager who refuses to step foot into the fathers house as long as the wife is there, and it works out pretty simply.

Our son is younger and more forgiving and forgetful of the past. He has visitation every weekend, supposedly on Friday evening or Saturday morning through Sunday at around 3:00 p.m. He also goes to the barber shop biweekly, and spends at least a week in the summertime. The daughter is a little more difficult to work out, so when visitation is scheduled with her, it is very important that it be kept. She does Father time only, which she will share with her brother and on other person on the face of this earth , and/or in Cleveland, Ohio. If this rule is broken, she will not do visitation for the next 3 months. Both kids do daily phone calls.

Even knowing all of this, my ex husband makes visitation promises that he doesn't keep. Initially, he made them all over the place - to me, to the mistresses, to family, and to our children. He is saved now, so he is a work in progress. That work has not been miraculous. While his intention may be to follow through on his promises, it is my goal that our children not become casualties to his attempts to get it right.

He and I have talked about how each time a promise is broken, trust disintegrates just a little bit more for that child, and what kind of damage that does. We have talked about how our teenage daughter may not trust men to do what they say they will do; and how she may feel like his word is no good. He is praying about that and trying to figure out how to restore it. Who wants their daughter to think their word is garbage? Yet, there is no overnight cure.

This takes time, and rebuilding of relationship, and keeping your word to your children, no matter what the cost. And I find myself trying to help him do that, which I should not be doing. So when he calls and says he is going to do something, which I know is a good intention and probably not a complete truth, I don't tell them. That way no trust is broken between them. I don't trust him anyway, so no damage is done there.

So, when he says he is "coming " to see the kids, get the kids, take the kids, I have learned to insist he make these promises to me, and not to them. I don't even tell them what he is planning, so that if and when he shows up, they are pleasantly surprised. That, to me, is much better than often disappointed.

Oh, he slips a few by me, and gets directly to them. In those instances, I do not make excuses for him. I hand the phone directly the child to which he has made the promise and allow him to explain why he cannot keep it. He gets to hear not only the disappointment in their voice, but how each time he breaks a promise, they believe him a little less the next time he makes one.

Every time he has to look at them, and disbelief is reflected in their eyes, he understands a little bit more how much work he has to do to repair the broken trust of the past. Until his progress is complete, I continue to shield them from lies, myths, and other good intentions.

Posted by ETowns at 9:50 AM 2 comments: Links to this post

Black, Divorced & Virtuous: Growing Pains: All grown up: "I woke up one day and realized I am not interested in what my ex is doing with his wife, as long as it doesn't affect 1) my children; 2) my ..."
Posted by ETowns at 12:10 AM No comments: Links to this post

Growing Pains: All grown up

I woke up one day and realized I am not interested in what my ex is doing with his wife, as long as it doesn't affect 1) my children; 2) my child support, and 3) my plans. This is a true growth moment.

Our teenage daughter is tall, growing more lithe by the day, and had her eyebrows waxed as a gift from her Aunt last week. She is getting older. Our 7 year old son is having 'talks' with his 12  year old cousin, and counseling him, usually ending in encouraging him to pray about the things that they have discussed. He is growing in faith and wisdom. They won't be babies forever.

Our children are what keep us in communication on a personal level, as divorced parents. We work hard to iron out communication differences between ourselves so that we can raise healthy happy children, because we already feel we have slighted them by failing at marriage. We deal with each other more kindly because of them, but there is also an underlying camaraderie between us while we parent together. Small triumphs, victories, laughter over funny moments, joy over successes. Moments parents share in.

Slowly but surely, the relationship becomes more about the children and less about what we had together as a family before the divorce. The communication between us is becoming singularly about the children. Reaching milestone ages and events in their lives cause me to face the inevitable day when there won't be a reason for us to have that relationship. That is part of the change and growth of a divorced parenting situation.

This also got me thinking in terms of how I want to spend the latter years of my life. Do I want to be married again? I know I asked that question of myself a few posts ago, but I have to be sure I am being honest with myself. In my pondering, a better question is am I ready to date. I found out after asking myself a few real questions that I am not. I haven't reached that growth point yet. It would be unfair and selfish of me to date anyone if the purpose of dating is to entertain a possible future relationship. I am currently unwilling to give even 50% of my attention to another person.

So, while growth comes on some levels, it remains stunted on others. Living divorced is a continuous journey of revelations and successes. And some setbacks. But it is yet living.
Posted by ETowns at 12:09 AM No comments: Links to this post 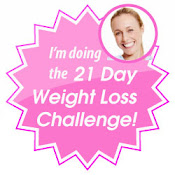 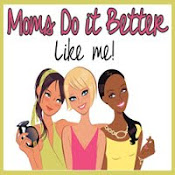 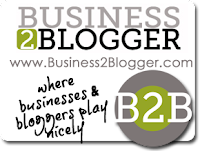